Under the leadership of Revisor Timmons, Minnesota passed UELMA in 2013 and has set a great example of how to implement an authentication system.  Michele Timmons is the Minnesota Revisor of Statutes and has served as chair person of the Uniform Electronic Legal Material Act drafting committee. She is also the 2012 recipient of AALL’s Public Access to Government Information Award.  In a recent phone conversation, Revisor Timmons shared the accomplishments made by her and her team towards an in-house authentication system in compliance with UELMA in Minnesota.

The purpose of authenticating is to ensure that users have access to official documents that have not been augmented by third parties.  When asked why Minnesota went with an in-house authentication system, Revisor Timmons responded that the price of commercial software was a factor. The price never goes up with in-house software.  The real cost is staffing the IT department to maintain the system.  She considered in-house options and was inspired by the work that has been accomplished in Utah.  Her goal became to demonstrate that authentication could be done cheaply and even more secure and more user-friendly than Utah’s model, which requires that users find their own hash function.

Minnesota’s final product uses encryption through https and the secure socket system as well as a hash function that is provided for the users – all they have to do is push “authenticate.” The hash system ensures the integrity of documents by using a hash algorithm to create a message digest that is unique to that particular document.  The message digest for the original document is stored in a database so that it can be used later by a user who needs to authenticate the document by electronically comparing the message digest of a downloaded document to the original message digest.  The Minnesota authentication process requires the user to download a document and then upload the same document for the electronic comparison of message digests, (a process that critics have deemed not user-friendly).

Portability has also been important to Revisor Timmons and the Minnesota team.  “Portable” means that a document downloaded today can be authenticated two years from now. Plus, if a document is sent to the user, the user can authenticate the document herself.

As the official publisher of Minnesota state legal material under UELMA, Revisor Timmons produces four document types: the Minnesota Constitution, Laws of Minnesota, Minnesota Statutes, and Minnesota Rules.  The Minnesota court system was asked if they would like to participate and decided that they would perhaps at a later time. Revisor Timmons agreed this makes sense as a separation of powers between the branches of government and for practical purposes of Michele being the only person from Minnesota who needed to testify in state legislative hearings during the UELMA enactment process. Also, this approach meant only the Revisor’s budget was impacted by Minnesota’s version of UELMA.

Regarding unexpected challenges, most of the work has revolved around the issue of versioning, not authenticating. The hardest document is the Administrative Rules because they are published continuously. The preservation piece of UELMA is hardest here because each version of a rule part is preserved and can be authenticated. Revisor Timmons is considering published dates v. effective dates and which one the public wants (perhaps both).

On January 17, 2014, authentication for Minnesota administrative rules went into production on the Revisor’s public website. During the summer of 2014 programming will proceed for authentication of Minnesota’s constitution, session laws, and statutes. This plan will put Minnesota on track for UELMA going into effect January 1 of 2015.

Revisor Timmons has a few pieces of advice for other states considering an in-house system: 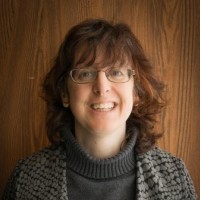 Permanent link to this article: http://chicagolawlib.org/blog/2014/03/06/revisor-michele-timmons-and-the-minnesota-in-house-uelma-authentication-system/