UPDATE: On May 30, 2014, the Senate unanimously voted to approve the House floor amendment, so SB 1941 has now passed both houses and will be sent to the Governor.

On Friday, May 16, the Uniform Electronic Legal Material Act (UELMA) unanimously passed the Illinois House of Representatives. A letter from CALL supporting the bill was submitted to the House Judiciary Committee last month. The bill (SB 1941), which was unanimously passed by the Senate in March, provides a technology-neutral approach to ensuring that online Illinois state legal material deemed official will be preserved and will be permanently available to the public in unaltered form. A technical amendment to the bill was made in the House, so it will be returned to the Senate for concurrence with the House amendment. The hope is that the bill will be approved by the Senate before they adjourn within the next two weeks. Once the bill is signed by the Governor, Illinois will become the tenth state to pass UELMA, joining California, Colorado, Connecticut, Hawaii, Idaho, Minnesota, Nevada, North Dakota, and Oregon. The bill’s progress can be tracked via the Illinois General Assembly website, and more information about UELMA is available on the AALL Government Relations website. 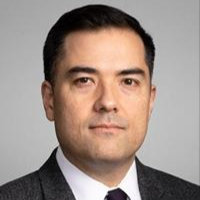 Permanent link to this article: http://chicagolawlib.org/blog/2014/06/02/uelma-passes-illinois-house/